Different from the privatized view of reading, in the Chinese cultural field, reading through a certain medium or of a certain artistic form often binds the individual to macroscopic social programs and to the politics of the everyday. In the fourth session, Haiyan Zhou will discuss how the reading of images of labor are linked to the broader image of the global socialist movement presented in newspapers in the 1950s China. The other speaker, Benjamin Kindler, will then discuss the practices of the Chinese literary form “short short story” across a long historical arc, highlighting the extend to which this form dislocates reading from its location in an individual subject, makes room for collective reading, and transforms the contents of everyday life. Robert Culp will be acting as discussant to this session. 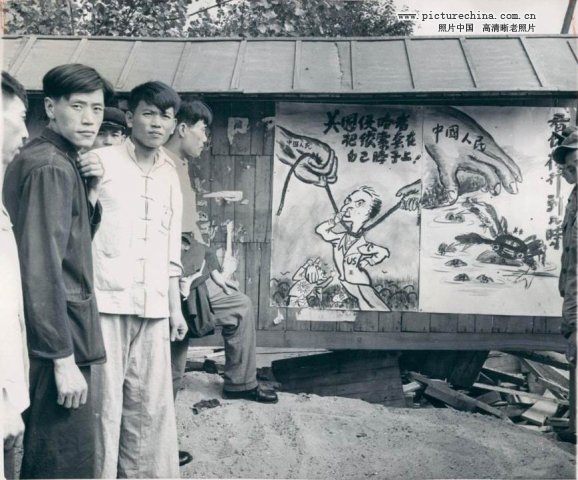 Image and Imagination: The Politics of labor in Newspaper Reading Groups (1950-1956)

The research of China’s propaganda system is an important issue in China studies. But previous research doesn’t focus on how exactly did the propaganda system influence common people, and how people in turn adopted the official discourse in their individual social practice. There are some unanswered questions. 1. How do people produce and share meaning during collective newspaper reading, which is essentially a practice of political discourse? 2. How does this discursive practice transform into other types of social practices (political, societal, cultural), depict new types of social landscape, and propel the formation of new types of social relationship? In the case study of the stories of Xigou, I will argue that images and pictures with verbal depictions have facilitated cognition, and inspired imagination and subsequent actions, which in turn contributed to a process of meaning production that influenced the society. In the 1950s, the images of labor were linked to the broader image of the global socialist movement presented in newspapers, which formed the blueprint for the future of the “new China”. By reading these stories, people could “see” a new China, see their own positions in this new China, and imagine their own lives in the future. The actions of newspaper reading groups, therefore, have played an important role in the communal imagination of the new China.

Maoist Miniatures: The Proletarian Everyday, Collective Reading and the Politics of Revolutionary Form

Across an extended historical arc, from the 1930s up to the early reform period, Chinese authors and literary theorists located in “small forms” (xiao xingshi) the possibility of a cultural practice that would embody the ambitions of the total transformation of social relations. This paper develops a genealogy of one particular instance of such small forms, namely the “short short story”, which, having appeared under various names at different historical and political junctures – the qiangtou xiaoshuo, xiao xiao shuo, and weixing xiaoshuo – marks an as of yet understudied dimension of Chinese revolutionary culture. The paper undertakes this analysis from the perspective of the historical avant-garde, tracing the recurrent emergence and transformation of this form with a view to the production of a practice of reading that would not be beholden to the extended temporalities and exacting demands of the long-form novel. This fractured and uneven genealogy takes in the role of Japanese proletarian literature in China, the politics of form in the Great Leap Forward, and the relations between textual and visual media. At its most radical, the practice of the short short story sought to dislocate reading from its location in an individual subject and its temporal bifurcation from the time of labour in order that collective reading would take place in the interstices of collective labour itself, as a basis on which to transform the contents of everyday life.