Politics has always had an impact on readership in a given society. In Maoist China, the degree of political controls over the practices of reading and communication becomes particularly interesting. The third session will reach this topic from the angles of the receivers and the reception/dissemination processes of political forces. The first talk, Peidong Sun discusses the state censorship on personal readings during the Cultural Revolution, with further suggestions on the limitations of censorship in the everyday life and reading. The second talk, given by Puck Engman, suggests an understanding of political communication in a context of “decoding.” A top-secret bulletin for the political elites will be discussed as a case, with a focus on how the intelligence provided through this bulletin is circulated and consumed. Perry Link (UC Riverside) will be acting as discussant to the session. 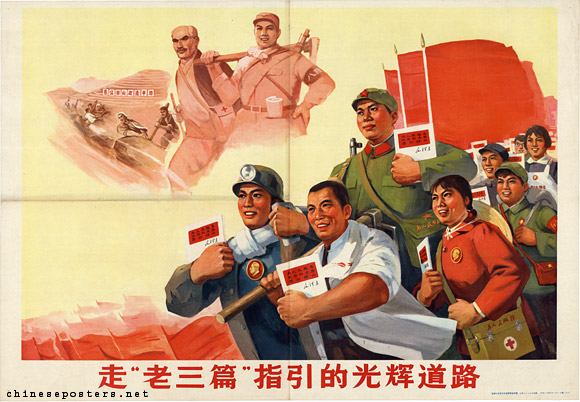 This paper studies the dynamic relationship between censorship and readership in the cultural governance of China. Using previously untapped CCP documents, private archival collections, oral history, personal and work journals, I examine the motivations, mechanisms, impact, and evolution of state censorship on personal readings during the Cultural Revolution (1966-1976). Specifically, I explore how books that were labeled “fragrant flowers” (xiang hua 香花) and “poisonous weeds” (du cao 毒草) evinced the state’s cultural sensibility and its interactions with official censorship. On the one hand, through “singing red and striking black” (chang hong da hei 唱红打黑), the system of cultural governance was both normative and punitive: official censorship and self-censorship induced “political side-taking” (zheng zhi zhan dui 政治站队) and “habitual following” (xi guan xing jin gen习惯性紧跟) within the society, which in turn normalized political power and transformed censorship into a cultural norm. On the other hand, a thriving literary underground, as seen in the hoarding of forbidden titles and their partial unbanning since 1970, suggests the limitations of censorship and shows how networks of information percolated through official politics and entered everyday life through reading and writing.

Reading the Xuanjiao Dongtai: A Note on the General Significance of Conspiracy in the Chinese Communist Party

Some fifty years ago, Franz Schurmann proposed that the investigation of the Chinese Communist Party’s system of communication should move into “the context in which the decoding of communication takes place.” Today, students of Chinese political communication still favor the field of production and representation over the challenging terrain of influence and reception. Historians of the People's Republic of China have become highly sensitive to the power of language and, to a lesser degree, to how it was conditioned by the institutional context that a former aide to Premier Zhao Ziyang has labeled "documentary politics.” However, a complete understanding of political process cannot be formed on the basis of the construction of state categories alone, but requires equal attention to the means of their dissemination and how formalized language was translated into terms of everyday discourse at the level of decoding. This note represents the first few steps in the exploration of a newly available corpus: the Xuanjiao dongtai was a top secret bulletin and a must-read for members of China’s political elite between 1953 and 1966. I will look at the consumption and circulation of the intelligence provided through this bulletin at the very top of the party hierarchy and present some preliminary thoughts on how we might think of political control in the context of decoding.