The initial session concerns the target audiences of official publications in the early PRC with Emily Graf (Free University of Berlin) as discussant. The first talk, by Robert Culp, focuses on the young readers of the Youth League publications in Shanghai. Those readers gained authorial voices while serving as a self-mobilizing collective subject under Maoism. The second talk by Chang Liu, focuses on a short-lived official women’s magazine. The magazine failed allegedly because of its gendered perspective. The talk reveals the situation of the magazine’s target audience at the time. 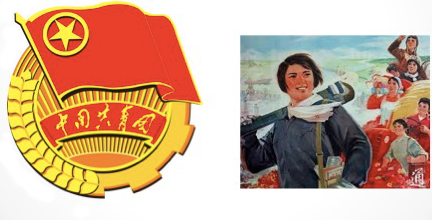 In 1951 at the height of the Resist America, Aid Korea Campaign, youth league publications in Shanghai were filled with testimonials by student volunteers for military cadre training schools, student reporters’ accounts of their school’s volunteer recruitment drives, and volunteers’ guidance on how to convince parents to agree to let young Shanghainese students abandon their studies to join military forces on the Korean front. Youth league publications, in other words, were co-authored by the very categories of educated youth (zhiqing) and young workers (qinggong) that composed their intended readership. In this paper I survey Shanghai New Democratic Youth League publications produced for early 1950s political campaigns to explore how testimony from youth activists were incorporated into the publications to create texts that were often multi-vocal in various ways. This multi-vocality created an echoing effect that served to realize a mass line politics discursively (“from the masses, to the masses”). Youth authors’ testimonials authenticated the state’s political messages by having them voiced already and seemingly spontaneously by the target audience. Youths seemed to be directly appealing to other youths, with the youth league’s and party’s mediating roles largely muted or erased. Young activists’ reflexive narratives also contributed to constituting and empowering them as state subjects. In broader, comparative terms, this process points to ways that Maoism eroded the distinction between author and reader, with complex implications for discursive (and perhaps political) authority, as “the people” appeared to emerge as a self-mobilizing collective subject, speaking to itself.

Reaching All Women: One Local Magazine and ‘the work among women’ in Early 1950s Shanghai

The period from 1949 to the early 1950s saw the short-lived publication of a number of women’s magazines such as Beijing Women, Tianjin Women, and Northeast Women by the newly established regional women’s federations. Despite the CCP’s rich experience in propaganda and Shanghai’s resourcefulness as China’s centre of the print industry and women’s education, the official publication of Shanghai Women’s Federation Modern Women, also failed its objectives and stopped issuing within two years. This paper explores the short history of Modern Women, especially the editorial concerns behind it. Since the Federation was an organ of the Party, the magazine was born with a mission in women-work. Drawing on archives and interviews, the paper argues that the Federation’s attempt to reach all women through the magazine was undermined by women’s high rate of illiteracy and the gaps in the life experience among different classes. Young cadres did not share the experience of workers and housewives, nor were the latter able to write their own stories. When the Federation adopted a new strategy of approaching women personally in their mundane life, it also stopped publishing the magazine. Modern Women thus reveals the intersection of gender and class in the Federation’s women-work. It also shows the congruity and incongruity of the Party’s political principles with the objective of women’s liberation, as well as the Federation’s pragmatism in women-work. Therefore, the paper offers a gendered perspective to understand the CCP’s adaptation to state-formation and city governing in the early 1950s.